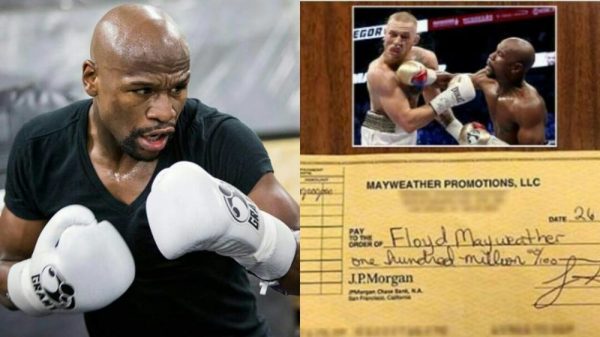 Popular ring king and Boxer Floyd Mayweather has made yet another flashy display of his life style showing off his $100million cheque he earned after beating Conor McGregor.

Retired flamboyant boxer, Floyd Mayweather has taken to social media to brag about one of his remarkable achievements in boxing.

Last night, he posted an image of the cheque for $100million he earned from the fight and wrote:

‘Some say there’s a difference between being smart and intelligent. Everyone knows that common sense isn’t so common, but when it comes to being wise beyond years it’s proven I’ve got the Midas touch.