BREAKING News: Aubameyang Arrives At Arsenal Training Facility Ahead Of Signing His Contract 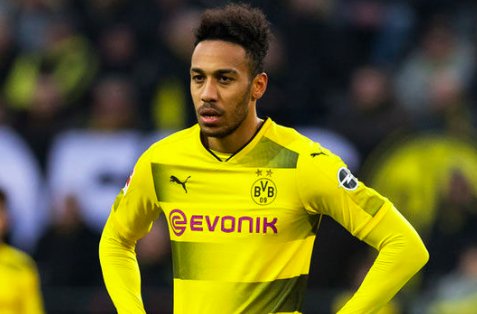 According to Sky Sports, Gabon international and Borussia Dortmund’s superstar striker, Pierre-Emerick Aubameyang’s move to Arsenal appears near completion as the striker has arrived at Arsenal’s training ground on Tuesday.

The 28-year-old French-born player is one of the top strikers in the world and had looked set to arrive just days after Alexis Sanchez’s departure to Manchester United.

Including a £20m add-on if Arsenal win the league. ðŸ’°

Which means the final fee will be £60m. âœ… pic.twitter.com/LJqBGXMtbt

The former Milan and Monaco man had two great seasons at Saint-Etienne before moving to Dortmund in 2013.

He is clinical, agile and has tons of speed, which should mesh well with Arsenal’s quick attack.

His fee is believed to be in the region of $77 million according to Goal.com, and he would form quite the pairing up top with Alexandre Lacazette.