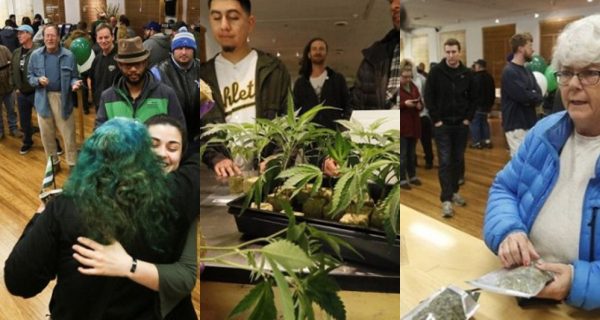 California has become the largest state in the United States of America to legalise the sale of recreational cannabis(Marijuana).

As of 1 January 2018, adults aged over 21 can possess up to an ounce (28 grams) of the drug and can grow up to six marijuana plants at home.

Hundreds of excited customers waited in huge lines in California as the Golden State turned a shade greener with its first sales of recreational marijuana on New Year’s Day.

California launched the world’s largest regulated commercial market for recreational marijuana on Monday, as dozens of newly licensed stores opened for business up and down the state.