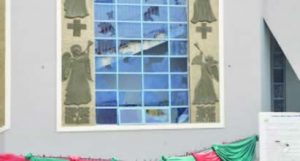 The Chairman of the Christian Association of Nigeria, Kwara State, Prof. Timothy Opoola, on Tuesday confirmed that, some female Christians who were returning home after the New Year’s service were raped.

According to reports, some of the youths were said to have on Monday attacked Christian and Muslim worship centres after they were prevented from organising a carnival for the New Year.

However, Opoola, during a media briefing in Ilorin, said CAN believed that it was some Muslim fundamentalists that attacked the churches and raped the women.

He said, “During the attack, they chanted Islamic slogans saying, ‘Allah Akbar, this land belongs to Muslims.’ They threw stones and destroyed the windows of the Christ Apostolic Church in the area when they could not gain access.

“In fact, some Christian worshippers returning home were raped. Some of the ladies ran into the Methodist Cathedral naked for safety.

“These Muslim fanatics broke the gate of the cathedral and destroyed the church building and some vehicles.

“The Muslims later moved to St. Joseph Catholic Cathedral and also destroyed the church building. The fundamentalists damaged two statues; those of St. Joseph and the resurrection scene.

“When the fundamentalists entered the cathedral, they robbed the worshippers of their phones, bags and other valuables.

“If the police and other security operatives had acted on time to curtail the unfortunate incident, the magnitude of the destruction would have been minimised.”

Opoola called on the state government to prevent further attacks on churches and Christians in Kwara State, particularly in Ilorin metropolis.

He warned that the Christian community in Kwara State may be forced to defend itself, saying nobody had the monopoly of violence.