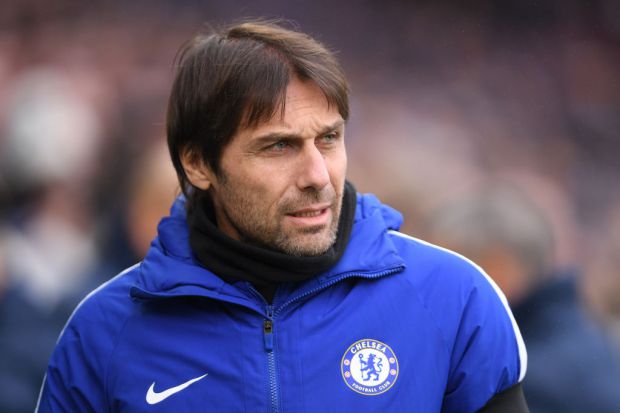 Conte was not pleased with his side’s performance as they exited the Carabao Cup (Picture: Getty)

While speaking to Sky Sports shortly after Chelsea lost 2-1 to Arsenal in their Carabao Cup semi-final second-leg clash on Wednesday night, aimed another subtle dig at Chelsea’s transfer committee and says he was unable to respond to Willian’s injury against Arsenal due to the lack of attacking options available to him.

Willian who has been in fine form for the Blues recently and netted away to Brighton, was forced off with a hamstring injury after 30 minutes during the match and Conte replaced Willian with Ross Barkley who was making his first appearance of the season but lost the game, and he felt the defeat owed much to the weakness of his bench.

The Italian said: “When there is an injury to one of your best players it is not simple, especially when on the bench the only substitute is Ross Barkley.”

Speaking further, Conte said: “I think Willian’s injury was decisive. We don’t have many players to make substitutions. Alvaro Morata was out.

“I was a bit forced to play with Barkley. He’s a really good player and important for Chelsea but needs bit of time to get used to playing for Chelsea and understanding our idea of football.”

Chelsea are already without Morata and Cesc Fabregas and Willian’s injury comes at the worst possible time for the Blues, who are in the middle of a packed fixture list.

However, Conte does not believe Willian will be a long-term absentee and played down the seriousness of the injury.

He continued: “I just spoke to the player. He said he felt a problem in his hamstring but he doesn’t think it will be serious injury. I hope this feeling is right.”

On a positive note, Conte said: “My thoughts are there is disappointment for the final result.

“My players must be pleased with their effort, we tried to reach the final, we conceded two goals and we were unlucky, two deflections.

“It is a pity because we had a good run in this competition, it is a pity for me, the players and fans. We started very well, played a good first half and in the second half I saw a lot of balance.

“When there is an injury to one of your best players it is not simple, especially when on the bench the only substitute is Ross Barkley.

“Barkley has a lot of space for improvement, he is working with us only two weeks but for sure today I was forced to make this substitution, but he can improve a lot.”