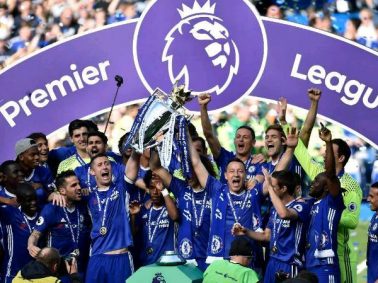 Chelsea have knocked back a multi-million pound offer from Netflix for a behind-the-scenes documentary, according to a report.

Netflix hoped to follow in the steps of rivals Amazon Prime, who struck a £10m deal with Manchester City last year to shadow the Citizens throughout the 2017-18 campaign.

Chelsea do not see the advantages of letting the cameras into the dressing room, however, and The Times suggests that there are no plans in place to change their stance.

Netflix has already filmed one documentary after being granted permission to get up close and personal with the Juventus squad, with episodes due to be released next month.

A separate report claims that Netflix may still consider bidding for the rights to broadcast Premier League football in the future.