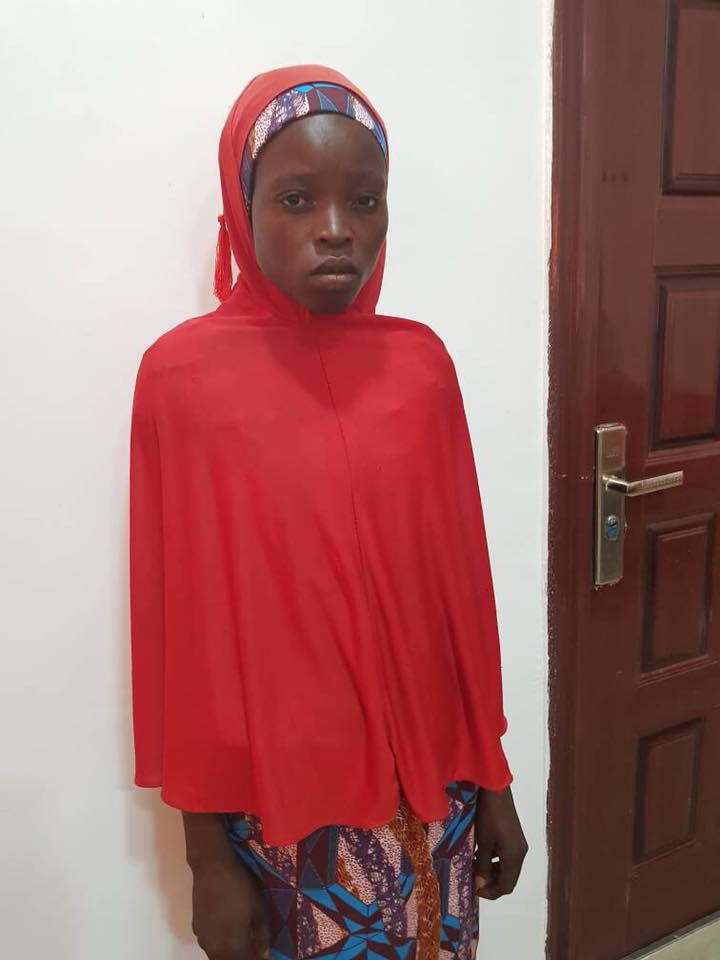 Troops of Operation Lafiya Dole deployed in Pulka today rescued one of the Chibok girls abducted by Boko Haram terrorists earlier in 2014.
So far, preliminary investigations reveal that the young girl identified as Salomi Pugo is the same as the Chibok girl published on serial 86 of the online list of abducted Chibok girls.
Currently the girl who was intercepted in the company of another young girl, Jamila Adams about 14 years old with a child are in the safe custody of troops and receiving medical attention.