Home News Feed Cobbler Beats The ‘Hell Out’ Of His Girlfriend After She Rejected His...
Facebook
Twitter
WhatsApp 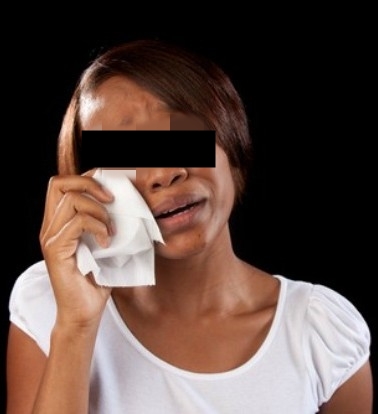 A 41-year-old cobbler, Abiodun Akinbo, on Friday pleaded guilty before an Ikeja Chief Magistrates’ Court to beating up a girl for refusing to date him.

Consequently, the Magistrate, Mr A.O. Ogbe, remanded the accused, who resides in Mushin, Lagos, in Kirikiri Prisons, pending sentence at the next date of adjournment.

The prosecutor, Sgt. Aondohemba Koti, had earlier told the court that the accused committed the offence on Jan. 24 on Agege Motor Road, Mushin, Lagos.

He said that the accused unlawfully assaulted Miss Marian Akinbola for refusing his proposal.

“The accused beat up the complainant for refusing to have an affair with him,” he told the court, adding that he also threatened to rape the girl.

“Akinbo told the complainant that he would organise his friends to gang-rape her, since she refused to date him.

“The complainant, for fear of the unknown, reported the case to the police and the accused was arrested, ” he said.

When his plea was taken, Akinbo, confessed to the crime, blamed the devil for his action and prayed the court to temper justice with mercy.

According to the prosecutor, the offence contravened Section 171 of the revised Criminal Law of Lagos State, 2015, which prescribes one year jail term as penalty for assault.

The magistrate has fixed Jan. 31, for sentence.