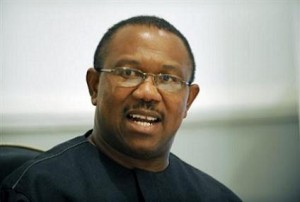 The forrmer Governor of Anambra State, Mr. Peter Obi has urged the Federal Government to declare a state of emergency on the economy.

Obi stated this on Monday in his new year message through his media aide, Mr. Val Obienyem.

The former governor said this had become necessary because of the dwindling indices of growth and development in recent times.

While decrying the rate of loss of jobs in 2017, Obi urged Nigerians and her leaders to focus on improving the economy.

He said, “Over four million Nigerians lost their jobs in 2017 and the unemployment rate increased from 14% to 19%. We also witnessed nonpayment of salaries, contractors and suppliers all over the country all of which should be worrisome to us.”

‘The situation called for a declaration of a state of emergency on the economy.

Obi prayed to God to grant Nigerian leaders at all levels the wisdom to take right decisions and make sacrifices that would let the country remain focused even when facing the vicissitudes of the time.

He appealed to those in authority to see the challenges nations were facing as an opportunity to approach governance from entirely different perspectives.

He suggested a drastic cut in the cost of governance and prudent management of resources for the public good as well as savings for the future.