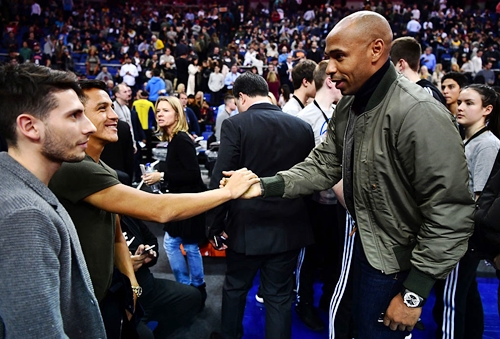 Manchester United latest superstar signing, Alexis Sanchez has denied the reports making the rounds in the media that Thierry Henry told him to leave Arsenal prior to his move to Old Trafford on Monday.

It was learnt that after signing and being unveiled by Manchester United, Sanchez wrote on Instagram: “I remember today, a conversation I had with Henry, a historic Arsenal player, who changed club for the same reason and today is my turn.”

Those comments have been construed by some as Henry, who left Arsenal for Barcelona in 2007, advising Sanchez that it was time to move on.

In a swift reaction, Henry tweeted on Tuesday to dispel the reports. The Frenchman wrote: “I know I don’t need to explain this to the majority of Arsenal fans but contrary to speculation at no time did I tell Alexis Sanchez to leave Arsenal. I had no idea he was going to sign for Man Utd until I saw it on the news like the rest of you.” 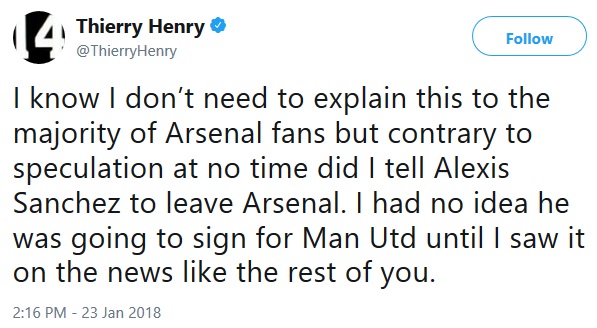 The 29-year-old Chile international, Sanchez, could merely have been suggesting there were similarities between the two transfers.

Sanchez tweeted on Wednesday: “I want to clarify that Henry never told me to leave the club, it was a personal decision … he LOVES the club and someday it would be nice to see him as the arsenal coach because he loves the club.”