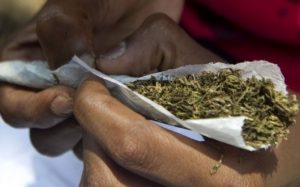 A Lagos factory worker, Victory Eno, who allegedly drugged and raped his female co-worker, was on Monday brought before an Ikeja Chief Magistrates’ Court.

The accused, a resident of No. 24, Afari-Ogun St., Ikeja, is standing trial on a charge of rape.

The accused, according to Prosecutor Benson Emuerhi, committed the offence on Dec. 24, 2017.

Emuerhi alleged that the accused raped the 22-year-old victim, who works in the same factory with him after drugging her.

“On the 24th of December 2017, Eno drugged his female co-worker after he offered her rice which he had earlier mixed with Indian hemp.

“The victim started feeling dizzy after eating the rice while the accused assaulted her by penetrating her (private parts),’’ he said.

The offence contravened Sections 261 of the Criminal Law of Lagos State, 2015.

In her ruling, Chief Magistrate Bolanle Osunsanmi granted the accused bail in the sum of N300,000 with two sureties in like sum.

Osunsanmi said the sureties must be gainfully employed while one of them must be a blood relation and should also show evidence of two years’ tax payment to the government.

She adjourned the case until April 16 for mention.