Home News Feed Fatal! Woman Crushed To Death By Her Own Car In Front Of...
Facebook
Twitter
WhatsApp 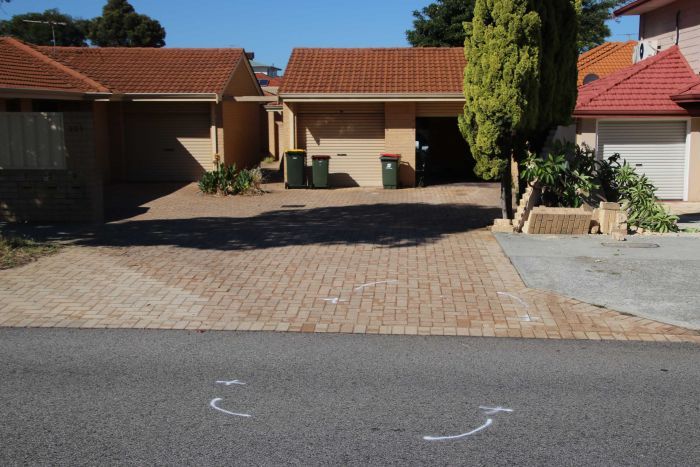 A woman has been crushed to death by her own car in the driveway of a home in the Perth suburb of Dianella in Australia.

A WA Police spokesman said the 41-year-old mother of one had stopped her car, a grey Hyundai i30 hatchback, on the driveway of a house on Grand Promenade about 5:15pm on Thursday.

It was understood the woman had got out of her car to open a garage door but the car then began to move backwards.

As she tried to stop the car from rolling back onto the street — a major dual-carriageway artery in Perth’s north — the woman was struck by the vehicle, fell to the ground and became trapped underneath.

The car then hit a wall before rolling into Grand Promenade and coming to a stop.

Part of a brick wall at the front of the property remains strewn across the driveway this morning.

The woman, whose name has not yet been released, received life-threatening injuries and died a short time later at Royal Perth Hospital.

One of the victim’s friends, Genaet Wolto, described the accident as a terrible tragedy.

She told the ABC the woman had moved to Perth from Eritrea with her teenage daughter five years ago for a better quality of life.

“She came here for a better life and she dies like this. It’s very sad for me as her friend,” Ms Wolto said.

About eight family members have gathered at the property as they come to grips with the death.

One family member told the ABC they did not want to comment until all the family had been notified.

A neighbour, who wished to remain anonymous, told the ABC the first she knew of the crash was the sound.

“I heard a loud bang and raced outside to hear a woman screaming,” she said.

The neighbour said there were a lot of people trying to help the woman, who was trapped under the car.

Cars were even stopping on the busy street as people jumped out to try to help.

“At first I thought it was another accident on the road,” the neighbour said.

“There is a very dangerous median strip to allow cars to exit a shopping centre across the road and there are always accidents here.

“But I heard the woman was run over by her own car.”

Major crash investigators are asking anyone who may have witnessed the crash to call police.