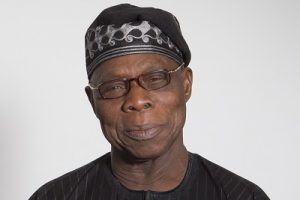 Obasanjo had on Tuesday in a special press statement titled, ‘The Way Out: A clarion call for coalition for Nigeria Movement advised Buhari not to seek a second term.

According to a press statement by his Chief Press Secretary issued in Ado Ekiti on Wednesday, Fayose said, ” It is a face-saving letter after Obasanjo, who led the cabals that imposed Buhari, had seen that Nigerians have turned back from following the president.

“Damning as the Obasanjo letter was and although it makes some sense, the writer is not deserving of the letter.

“Obasanjo is not the right person to write that letter.
“

He was the leader of those who deceived Nigerians and lied to the international community to support Buhari.

“So Obasanjo should not take the credit. He should not reap where he has not sown.

“President Buhari has overstayed his welcome”, he added

“Obasanjo himself should heed his own advice to Buhari by also going home to rest.

Both Obasanjo and Buhari are analogue in this digital age and have expired.

“We have been hearing of Obasanjo since we were in the primary school.

“It is time for him to vacate the public political space. When Nigerians hear him speak nowadays, they hiss.”