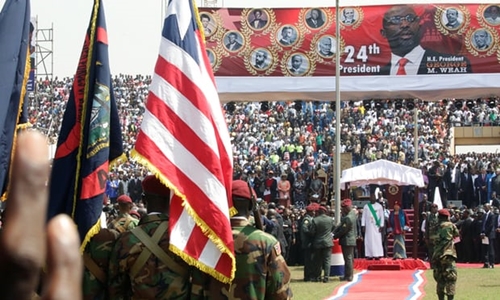 The former “World Best Player of the Year”, George Weah, was on Monday, sworn-in as president of Liberia and took his oath of office inside the Samuel Kanyon Doe Sports Complex in Monrovia, in an event that had several African head of states and football stars present.

While speaking after his inauguration, the former AC Milan player who is now Liberia’s number one citizen said: “I have spent many years of my life in stadiums, but today is a feeling like no other.

“I have taken an oath before you and before almighty God. Rest assured I will not let you down. This victory would not have been possible without the youth of this country, the women of this country who made their living selling in the market. This is your government.” 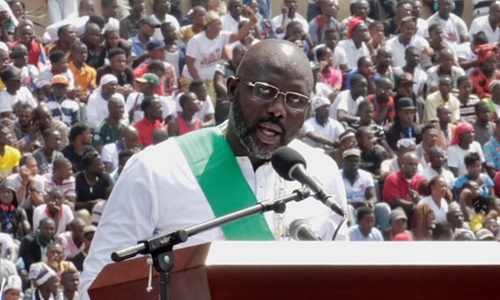 “The way to directly affect the poor is to ensure our resources do not enter in the pockets of government officials. I promise to deliver on this mandate,”

51-year-old George Weah, said he couldn’t offer any “quick fixes” but rather steady progress towards the goals of Liberians. His biggest priorities, he said, would be to fight corruption and pay civil servants “a living wage,” and show the private sector that Liberia was “open for business”. 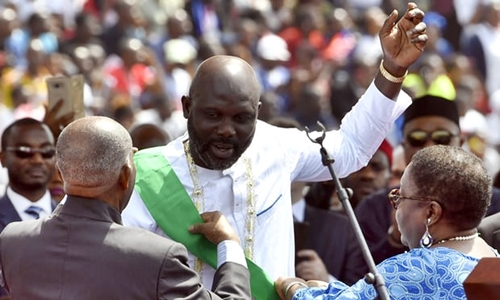 Vice-President, Jewel Howard-Taylor, the former wife of the warlord and former president Charles Taylor, who is serving a 50-year sentence for war crimes, stood side by side with her boos.