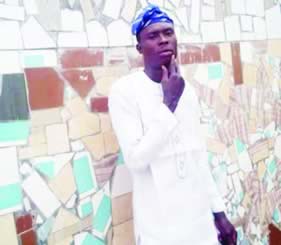 The Ondo State Government and the state police have  been urged by the family of Victor Ajisafe, to fish out the murderer of their son who was allegedly killed by herdsmen.

The victim’s widow, Mrs. Oluwatoyin Ajisafe; and his mother, Mrs. Ajoyo Ajisafe, appealed to the Ondo State Commissioner of Police, Mr. Gbenga Adeyanju, to bring the killer to book.

Victor, 30, was allegedly stabbed to death by a Fulani man who wanted to board a vehicle at a motor park at the Road Block area of Akure after a disagreement between them on Sunday.

The identity of the alleged killer was still unknown as of the time of filing this report.

It was gathered that on the day, a friend of the suspect, who was identified as Usman Olaniyi, allegedly told the suspect in Hausa that the deceased was abusing him in Yoruba.

A source said, “Immediately Usman communicated with him in Hausa, he (Fulani man) brought out a knife and started chasing Victor at the park. When he caught up with him, he stabbed him in the neck. We initially thought they were playing. But suddenly, we saw him (Victor) on the ground in a pool of blood.”

The source said immediately the victim was stabbed, the killer Fulani man fled the scene and his whereabouts had been unknown.

However, Olaniyi, who incited the killer, was arrested and handed over to the police.

He said, “With what we gathered, it was clear that Olaniyi incited the killer to stab the victim and we have arrested him. We are still looking for the Fulani man that carried out the dastardly act. But if we don’t find him, that means only Olaniyi would be charged to court.”