Yay! TGIF. The one day in the week that workers and students eagerly wait for. Where inhibitions are neatly tucked somewhere until the dreaded Monday arrives. The weekend has already started. And for many, they’re plans include; Partying, hang outs, clubbing, going to the beach to enjoy the setting sun and even movies. If these are your options good for you! But I’m here for the movie lovers. There are movies that are making the wave right now in the cinemas. So, if you’re in for the movies this weekend, let me help you make a choice. Here, we bring you the top 3 Nollywood movies that are currently a must-see;

a) The Wedding Party 2 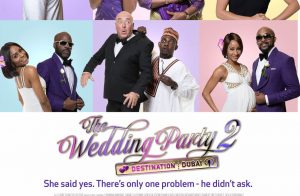 Now, this is also a very entertaining movie that will definately leave you aching from laughter. Starting with an unexpected proposal that goes wrong, a sequel of eventsbegin to unfold. As a star-studded movie, one would expect it to be solely one dimensional but it definately has some amazing twist and turns woven into the story line. With actors like; adesuwa Etomi, Banky Wellington, Ireti Doyle, Ay, Ikechukwu etc.

b) Wives on Strike: the Revolution 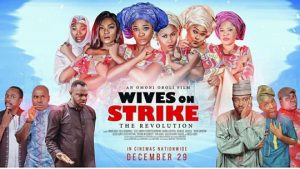 The movie made its debut in cinemas nationwide December 29, 2017. Yet it is still one of the most watched Nigerian presently. Why? Just like its prequel, “Wives on Strike: The Revolution” follows the story of a group of market women, who decide to take matters into their own hands for a good cause. It has a hilarious and entertaining story line. The stars include; Odunlade Adekola, Toyin Aimakhu, Sola Sobowale, Omoni Oboli, Kenneth Okonkwo, Julius Agu, Chioma Chukwuka, Uche Jombo and Ufuoma McDermot. 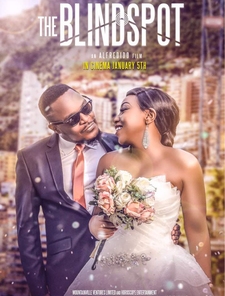 Now, this is a movie that will leave you speechless at the end! It tells of a young lady who marries to the love of her life. They never consummate their marriage as a result of her husband’s assumed medical condition. Finally, the spell is broken when she finds a shocker awaiting her in the matrimonial home. The core actors being the ever green Rita Dominic and Femi Jacobs.