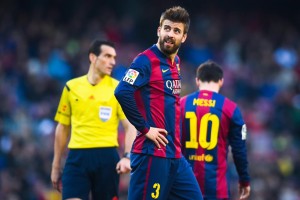 Spanish defender, Gerard Pique has extended his contract with Barcelona  until 2022, the club have put a 500 million euros ($611 million) buy out clause in Pique’s new contract.

According to a statement released on Barcelona’s official website, “The club and the player have agreed terms on a new deal through to June 30, 2022. We will announce when the official signing will take place in a couple of days,” Barcelona said on their website.

The 30-year-old joined Barcelona from Manchester United in 2008 and has proved an increasingly steady presence as a centre-back with the Catalans winning three Champions Leagues and six Spanish Liga titles during his tenure.