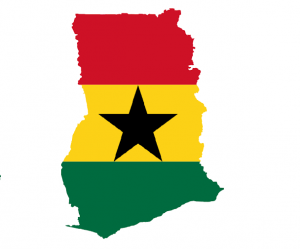 West African nation, Ghana experienced an 80 % increase in new cases of HIV/AIDS infection, according to a 2017 Ghana AIDS Commission report.

The report also indicates that the Volta Region and Brong Ahafo Region topped the chart of HIV/AIDS prevalence.

A large proportion of the new HIV/AIDS cases were pregnant women, the report also revealed.

The commission which revealed its findings during a two-day annual strategic planning meeting urged Ghanaians to take preventive measure in order not to contract the deadly disease.

The Director-General of the Commission, Amokowa Adu-Gyamfi, made a passionate appeal to Ghanaians to voluntarily test for the virus.

Mrs. Adu-Gyamfi asked persons living with the virus to stick to the approved anti-retroviral drugs because there was no herbal cure for the disease yet.

“We are not condemning them (herbalist), we are just saying that there is no herbal cure as yet for HIV. If you want to take them it’s up to you. But then take your anti-retroviral medication,” she said.

She alleged that the activities of the gay community are to blame for the sharp increase in HIV infection.

HIV/AIDS a major public health concern and cause of death in many parts of Africa. Although the continent is home to about 15.2 per cent of the world’s population, more than two-thirds of the total HIV infections, some 35 million people, were Africans, of whom 15 million have already died.