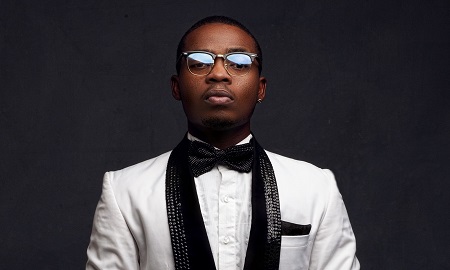 It has been reported that the broadcasting watchdog, Nigeria Broadcasting Commission,(NBC) has slammed a Not To Be Broadcast (NTBB) warning against a recent song by rapper Olamide entitled, Science Student.

Acording to Nigerian Tribune, the notification proscribing the song from being broadcast was sent to all radio and television stations across the country during the week.

Also, the Head of Public Affairs, NBC, Hajia Maimuna Jimada confirmed NBC’s stand on the trending song to Saturday Tribune on Wednesday, stating that while the regulatory body did not ban the song outrightly, it considered it unfit for broadcast.

“NBC does not ban music. Our mandate is on what goes on Radio and TV. Olamide’s Science Student has been declared ‘Unfit for broadcast,’” she said.

Asked about the context in which the song was declared unlawful, Jimada, hinted on the profligate mention and the subtle promotion of illegal drugs. She also issued standing warning to all broadcasting corporations within its jurisdiction.

“We have communicated all our licensees for compliance or they will face sanctions,” she said.

Often called King of the Street, Olamide engages his own indigenous tongue in what may be considered a subtle and metaphorical description of the different ways in which drugs and substance are being abused in the streets of Lagos. He mention the use of prohibited drugs such as Codeine, Tramadol, illicit substances such as Monkey tail, Skushi, Shisha, Alomoterming, referring to those who use and mix them as Science Students. This classical attribution follows what science students do in the laboratory, which is mixing chemicals.

Though, Olamide appears to reveal these activities in his song using expressions such as ashiri eko otituloju ewe, ashiritu, (the revealing of secrets), by singing about drugs and judging by the general ambience, not to mention the kind of visuals that would entail this song.

This is not the first time Olamide’s creativity would attract the regulatory body’s big stick. In the past, NBC had delisted songs like Shakiti Bobo, Don’t Stop, official visual of Wo, Wavy Level from Nigeria’s airwaves on different claims of promotion of vulgarity, lewdness, nudity, drugs among others.

Share
Facebook
Twitter
WhatsApp
Previous articleShock As Man Suffers Heart Attack, Dies Before Crashing Into Car Along A Busy Street
Next articleMother Dragged To The Floor And Assaulted In Broad Daylight Right In Front Of Her Own Children
- Advertisement -