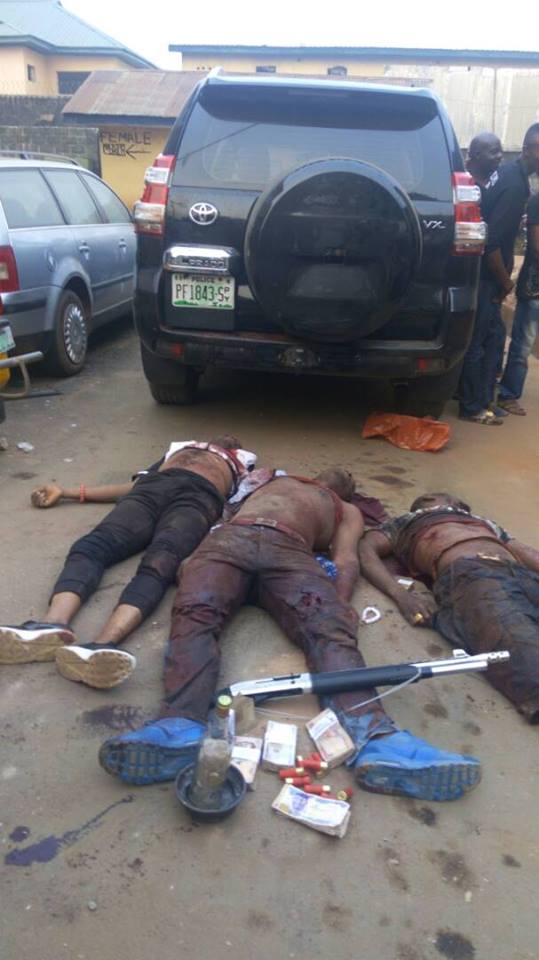 Some notorious armed robbers terrorizing residents of Imo state have been shot dead during a confrontation with police officers in Imo state. According to a press release by Imo State police command, some of the robbers were also arrested.

Read the press release below: 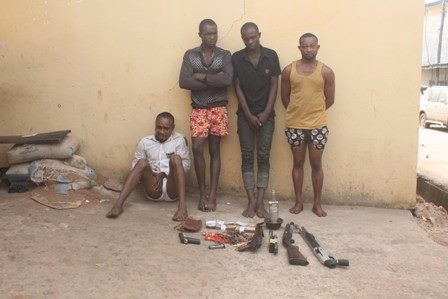 Following the kidnap of one Hon Chief Linus Anyaghara ‘m’ 52yrs, his driver Cosmi Mbachu ‘m’ and one Vitalis Ogohe ‘m’ 58yrs and the robbery of his Toyota Sequoia jeep on 13/12/2017 and the subsequent kidnap of one Obinwanne Agugum who returned from South Africa and his driver Chima on 13/01/2018 respectively, the Commissioner of Police CP Chris Ezike charged the operatives of the command to work assiduously to apprehend the perpetrators of the crime.

The concerted efforts of operatives of the Command Federal SARS paid off leading to the arrest of the following suspects one Chibuzor Uche ‘m’ 19yrs and Onyekachi Okorom ‘m’ 36yrs with the robbed Toyota Sequoia jeep. During interrogation, the suspects mentioned one Chitachi Ogbonna aka Nwaotu ‘m’ 24yrs and one Chidera Nzeagwu aka Pharoah ‘m’ 36yrs as their cohorts in the crime. 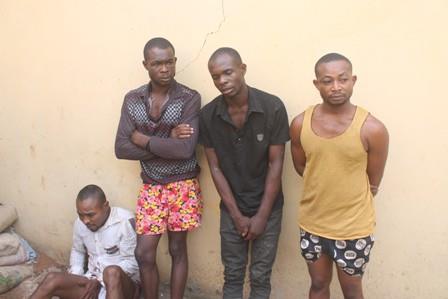 In a reconstructive investigation, the arrested suspects disclosed the leader of their gang referred simply as their chairman and subsequently led SARS operatives to their detention facility at Atta in Ikeduru L.G.A where they disclosed the chairman of their gang and other members of the syndicate could be found. One of the suspects Chinwedum Sylvester Ahalaonu led the operatives to their hideout. On sighting the operatives, their chairman and two others engaged the operatives in a shoot out. During the encounter, the three suspects were fatally gunned down and were later confirmed dead. The above listed arms and ammunition as well as other exhibits were immediately recovered from the suspects. 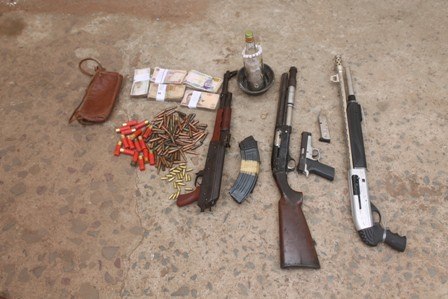 They kingpin of the gang referred to as chairman was later identified to be one Collins Ezinwa aka e-money.

All the arrested suspects have confessed their roles in various robbery and kidnapping cases within Imo State and its environs. The Command Commissioner of Police who was highly elated with the arrests and recoveries made has expressed satisfaction on the ability of operatives of the command and has promised that the command will continue to mop up criminal elements disturbing the peace of the state. 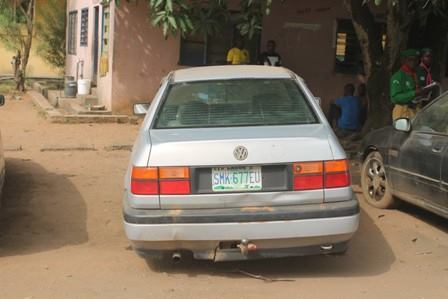 The Command has moved to identify properties owned by the suspects which were acquired with the ill gotten wealth.