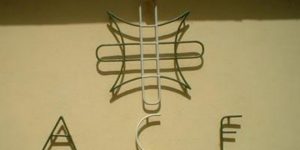 The President Muhammadu Buhari administration has been blasted by the Arewa  Consultative Forum for including names of dead men on the list of Nigerians appointed into board of Federal Government agencies.

The forum described the action as “embarrassing” and a monumental mistake.

The National Publicity Secretary of the ACF, Alhaji Muhammad Biu, noted on Sunday that the inclusion of the dead men’s names on the list was an indication that the Presidency never carried out due diligence test before releasing the names to the public.

The ACF said that in order to avoid the current embarrassment being generated by the names, the government should have scrutinised the lists.

The forum noted that henceforth, persons should be properly screened before their appointments could be made public.

The ACF stated, “The recent appointments of persons into various boards of parastatals and agencies of the Federal Government by the Presidency, where names of dead persons appeared on the list as published by the media clearly shows that due diligence was not employed.

“The ACF therefore calls for proper screening of persons being considered for appointment into various departments and agencies of government in order to avoid such embarrassing incident.” Meanwhile, another error has been identified in the board appointments made by President Buhari on Friday.

Also, a former Minister of Education, Dr. Oby Ezekwesili, in a series of tweets, said she was disappointed by the Presidency, which was defending the errors on the list.

She stated, “Some “mistakes” are simply indefensible. Who is that defending that a significant # (2, 3 or 4? Which? ) of dead people are on an appointment list of the FG .@AsoRock that the President, @MBuhari signed off on? Haba. This is the height of what Feyi calls, “anyhowness.” #Tragic,” she stated.