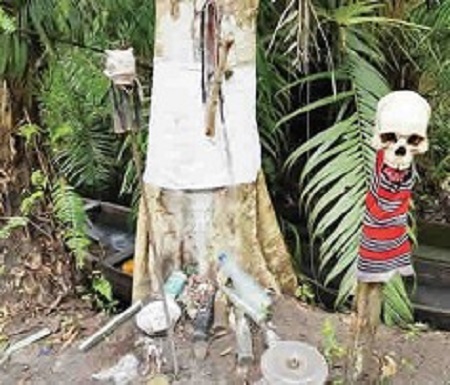 A self-acclaimed herbalist, Adeniyi Adewunmi, who allegedly obtained the sum of N190m from a businessman, under the guise of curing his diabetes, was on Monday brought before an Igbosere Magistrates’ Court in Lagos.

The accused, Adewunmi, 43, is standing trial on a four-count charge bordering on conspiracy, fraud and stealing.

The Prosecutor, Friday Mameh, told the court that the accused committed the offences between February 2016 and January this year, at Ajao Estate, Oshodi, Lagos.

“The accused and others still at large approached the complainant, one Mr Lawrence Akanbi, and told him that he is suffering from diabetes, asthma and spiritual attack.

“The complainant believed because he was actually suffering from the ailments stated by the accused.

“The accused used the opportunity to ask the complainant for money till the money amounted to N190m,” Mameh said.

According to the prosecutor, the accused was arrested by the police when the complainant found out that his ailments were getting worse.

The accused denied the offences.

The Magistrate, Mrs F.O. Botoku, granted him bail in the sum of N20m, with two sureties in like sum.

She said that the sureties must not be less than grade level 16 in the Civil Service.

Botoku adjourned the case until Feb. 12 for trial.