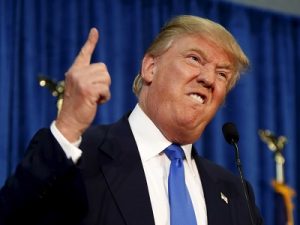 President Donald Trump in an interview said he sometimes posts on Twitter while in bed, defending his use of the social networking tool as necessary amid “a lot of fake news” about him.

The New York Times had previously revealed that Mr. Trump tweets from bed, and this is the first time the president admitted the allegation. “Well, perhaps sometimes in bed, perhaps sometimes at breakfast or lunch or whatever,” Mr. Trump said when asked by British journalist Piers Morgan about his tweeting habits in an interview aired on the British ITV channel Sunday.

“Generally speaking during the early morning, or during the evening, I can do whatever, but I am very busy during the day, very long hours. I am busy,” he told Mr. Morgan.

Mr. Trump uses Twitter so frequently that the contents of his tweets range from serious policy decisions to hostile war of words against nations or leaders he denigrates.

The outspoken president’s frivolousness in both topic choices and wording styles has raised concern over his personal integrity as well as fitness for presidency.

“If I don’t have that form of communication I can’t defend myself,” Mr. Trump said.

“I get a lot of fake news, a lot of news that is very false or made up.”

Following his swearing-in as president in January 2017, Mr. Trump was advised to abandon his personal @realdonaldtrump Twitter account and inherit the official @POTUS account from his predecessor Barack Obama, but he insisted on keeping both.

Mr. Trump said he usually tweets himself but often lets other people write down what he says as well.

“I will sometimes just dictate out something really quickly and give it to one of my people to put it on,” he said, describing the situation where people around the world wait to read his tweets as crazy

Concerning one typical example of controversies caused by his tweets, Mr. Trump apologized for his retweet of an anti-Muslim video originally posted in November 2017 by a far-right British nationalist group known as “Britain First.”

In the build-up to his apology, Mr. Trump emphasised that he had only recently become aware of the nature of the group, and that stories about the group in the U.S. are less as popular than in Britain.

“I am, as I say often, the least racist person that anybody is going to meet …

“If you are telling me they’re horrible people, horrible, racist people, I would certainly apologise if you’d like me to do that,” he said.