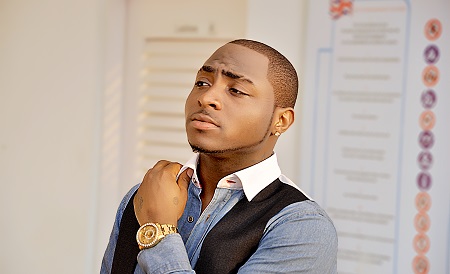 It is the dream of every music artist to become really big and make a resounding name for themselves in the industry and even in the political circle. In fact, as an artiste, you would know you have ‘arrived’ if you have good relationship with the President of your country, but when you know 13 presidents from around the world, then you know that you are on another level.

It is now no doubt music star, Davido, is one of the most influential and sought-after artistes on the continent but things were not always rosy for him.

During a chat with MTV Base, the leader of the 30billion gang said that his father was not happy with his career path till he had to prove his worth.

However, he claimed that now, he had reached a level where he could converse with at least 13 presidents.

“When I released the song ‘Back then’, I did not know that it was going to be that big. Then I went back to school and the love that I was shown was overwhelming, let alone the way girls began to treat me. That one song with the video made my father realise that I had the talent. And then, I did the song, ‘Dami Duro’.

“The song became so big and I remember that the President at the time called my father to talk about me and the song. Even during my father’s business meetings with his friends, they would mention my name and the song. Before long, I started travelling and doing shows around the world. Now I have the numbers of about 13 presidents on my phone and if I call them, they would answer the call. Then the award came and it set me on another level.”.