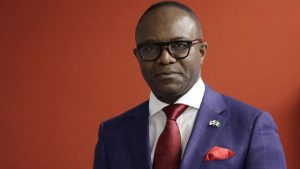 The House Representatives on Tuesday summoned The Minister of State for Petroleum Resources, Ibe Kachikwu,was  summoned by the members of over the reported payment of fuel subsidy by the Nigerian National Petroleum Commission, NNPC.

Also summoned were the Group Managing Director of the corporation, Maikanti Baru, and the Executive Secretary of the Petroleum Products Pricing Regulatory Company, PPMC.

In a motion under matters of urgent public importance brought before the House by Karimi Sunday (Kogi – PDP), the trio are directed to appear before the House Committee on Finance and Petroleum (Downstream) to explain where they got authorisation to expend over N300 billion on subsidy payment in 2017.

While moving the motion, Mr. Karimi expressed worry over the payment, against backdrop of the claim by the federal government that it has stopped fuel subsidy payments.

He described the alleged payment of subsidy by the NNPC as illegal and contrary to the provisions of section 80(4) of the 1999 Constitution, which prescribes that no monies shall be withdrawn from the consolidated revenue fund or any of the federation accounts except as approved by the National Assembly.

Vice President Yemi Osinbajo had said the NNPC currently bears the burden of fuel subsidy and not the federal government, a claim that had generated backlash from some Nigerians.

“NNPC is trading in fuel; the Federal Government is not, at the moment, paying for any subsidy. NNPC is trading. If you are buying and selling fuel, you would have to be able to pay for it,” Mr. Osinbajo had stated.

“So, it’s not a question of government provision for subsidy, the federal government, at the moment, is not paying any subsidy.

“And don’t forget that the way that the NNPC trades is that, in many cases, NNPC is actually giving fuel; there is 445, 000 barrels of fuel. So, really, what you are seeing, in many cases, is more or less an exchange for PMS. So, at the moment, NNPC is paying the cost,” Mr. Osinbajo told journalists in Lagos recently.

However, while noting that the 2018 Appropriation Bill does not include any provision for such subsidy payment, the House further asked the Executive to make its provision in the appropriation bill, should it deem it fit to continue the payment.