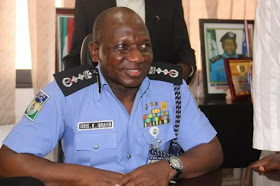 The Inspector-General of Police, Ibrahim Idris, has given himself a pass mark, saying he has done well as Nigeria’s head of police.

Mr. Idris, who delivered a keynote address on Tuesday in Port Harcourt, Rivers State, during the 9th General Assembly of the National Council of Traditional Rulers of Nigeria, said his “successes” in the police was because of a code of conduct for police officers, which he said he successfully “institutionalised”.

The code is otherwise called ‘Our Creed’, Mr. Idris said.

“This code of conduct for police officers has succeeded in eliminating all forms of illegal and unlawful conducts that are not in conformity with the principles of democratic policing, such as unlawful arrest, prolonged detentions, torture, commercialisation of bail process, incivility to members of the public, extra-judicial killings and victimisation,” Mr. Idris told the traditional rulers, which included the Sultan of Sokoto, Muhammad Abubakar.

He said such conducts had in the past contributed to the negative perception of the police.

He appealed to the traditional rulers to help sensitise Nigerians that they do not have to pay money to secure their release on bail at any police station.

“Encourage your subjects to report any police officer who demands money for bail to the Public Complaint Rapid Response Unit (PCRRU) which is domiciled in my office through the online media and phone calls,” the IGP said.

The IGP acknowledged the recent nationwide campaign for the abrogation of the dreaded Special Anti-Robbery Squad, SARS for its impunity.

He said the abrogation would be counter-productive to the nation’s fight against crimes.

“There may have been misconducts among some of the officers but that will not be enough to dismantle the unit to the detriment of public interest,” he said.

“To make the FSARs more responsive, effective and of high ethical standards, I have reorganised and repositioned the Unit which is now under the direct supervision of a Commissioner of Police in the Office of the DIG Operations, Force Headquarters Abuja.

“The Unit is now to concentrate only on heinous crimes such as armed robbery and kidnapping. They are not to be involved in land cases and other minor offences. The Commissioners of Police in the states are also to have a close supervision on the activities of FSARS in their states.

“The traditional rulers have the role and responsibilities to observe the activities of FSARS and you can attest that they have been a tremendous improvement in their conducts and actions,” the IGP said.

The IGP said his “successes” in crime-fighting across the nation was because of the support from the various traditional rulers.

He, however, advised the traditional rulers to desist from conferring chieftaincy titles on persons with a questionable source of livelihood.

“If children and youth in our communities are aware early in life, that crime is evil and does not pay, it will reduce criminal tendencies in them,” he said.