Home News Feed Igbo Presidency: Aisha Blasts Buhari’s SGF, Boss Mustapha Over Comments
Facebook
Twitter
WhatsApp
A comment credited to the Secretary to the Government of the Federation (SGF), Boss Mustapha over Igbo presidency, has been criticized by co-convener of BBOG. 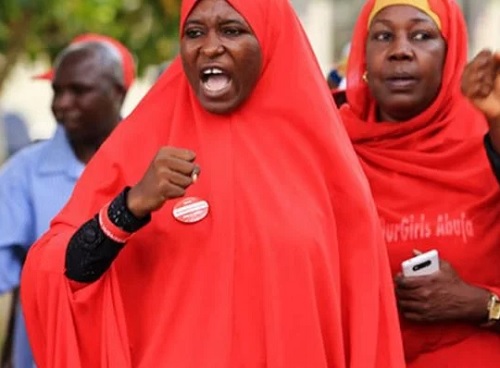 The outspoken co-convener of Bring Back Our Girls Group,Aisha Yesufu, has condemned the statement credited to Secretary to the Government of the Federation (SGF), Boss Mustapha over Igbo presidency.

It was learnt that the SGF had hinted that President Muhammadu Buhari will run in 2019. Ex-Abia state governor, Orji Kalu, had also stated that Igbos have decided to give 75 percent votes to President Buhari in 2019, adding that the shortest path to Igbo presidency was after Buhari’s second term.

In a swift reaction to the above statements, Aisha Yesufu accused the President Buhari-led government of having a turn by turn mentality, and described the action of politicians in Nigeria as unbelievable.

On her twitter page, she wrote “Did I just hear the SGF say the shortest route to Igbo getting 2023 Presidency is to support Buhari’s second term and Orji Kalu also echoed same thoughts.

“The arrogance of these people is just unbelievable. It’s turn by turn mentality for the political class.”