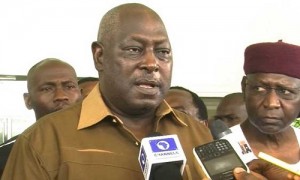 Former Secretary to the federal Government, Babachir Lawal, has been arrested  by the operatives of the Economic and Financial Crimes Commission (EFCC) .

According to reports, it was learnt that Lawal was arrested on Wednesday evening., his arrest might  be connected to the grasscutting scandal which led to his sack.

Sources also disclosed that his arrest was given expedite action due to the damning letter written by ex-president Olusegun Obasanjo.

Babachir Lawal is most likely to spend the night in EFCC custody.