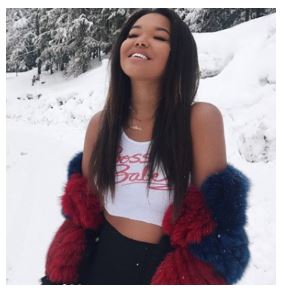 American model Kimora Lee Simmons was forced to play the advocate when two of her children fought on social media, and it’s adorable to watch.

It all started when Ming Lee Simmons, 17, shared a photo of her scantily clad while outside in freezing temperatures. She was smiling in the photo and her kid sister, Aoki Lee Simmons, 15, commented criticizing her for not covering up in such weather.

Ming fired back threatening to put hands on her and Aoki quickly tagged their mother to report her sister was threatening her. At this point, Kimora stepped in and told both girls to behave then told Ming to cover up.

It isn’t exactly a real fight and this makes it even more adorable. 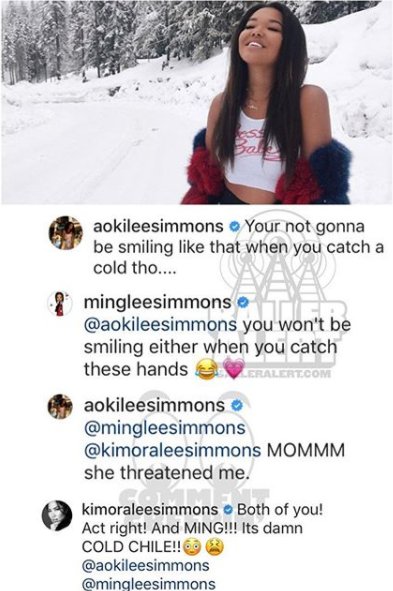