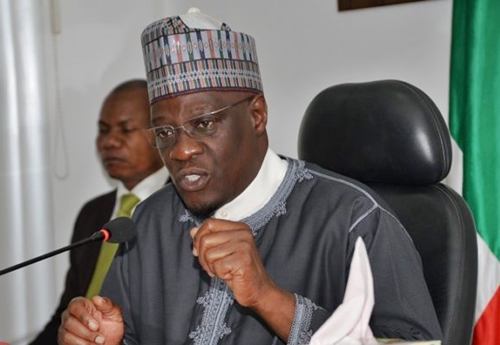 In a statement released on Tuesday by Muyideen Akorede, the Kwara State Governor’s Senior Special Assistant on Media and Communications, Governor Abdulfatah Ahmed, said the Senate President, Bukola Saraki, and his political family in Kwara State have no plan to return to the opposition Peoples Democratic Party (PDP).

According to PREMIUM Times, the governor is an ally of Saraki and was among five governors who left the PDP prior to the 2015 general elections to join the All Progressives Congress on which platform Ahmed and was reelected.

In the statement, the governor clarified that the insinuations, which emerged from his recent interview with a newspaper, did not suggest that he was planning to leave the APC, but that rather, he was stating the conditions under which he and other political stakeholders in the state left the PDP.

Ahmed emphasized that he, Saraki and other governors left the PDP “due to impunity, disregard for the rule of law and lack of inclusiveness in the party at the time following extensive consultations with stakeholders and supporters.

“He, therefore, declared that he, Dr. Saraki, other stakeholders and supporters are committed to the All Progressives Congress (APC) and currently have no intention to cross-carpet to the opposition PDP.”

The governor also urged those commenting on the matter to read the said interview properly, rather than relying on social media headlines and insinuations to draw uninformed conclusions.

According to the statement, Ahmed also advised “disgruntled elements within the legacy parties of the APC that are urging him and Senator Bukola Saraki to hasten their exit from the party to educate themselves with that interview and be appropriately informed instead of making misguided comments on issues they have no knowledge of.”

“He affirmed his full support for the APC government of President Muhammadu Buhari and commended him for his strides in governing the country and for the unprecedented federal projects in Kwara State, which he added, were aided by the intervention of Senate President Bukola Saraki.

“The governor also restated that his administration is fully committed to sustaining its ongoing fulfilment of its electoral promises to Kwarans across all sectors, and refuses to be distracted by uninformed commentaries and political mischief from any quarters.”