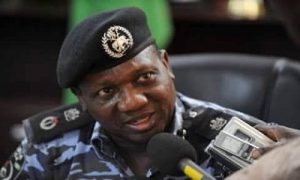 The Delta state police command has deployed over 9,000 mobile and regular policemen had been deployed to ensure security across the state ahwas of the local government elections today (Saturday).

Our correspondent observed on Friday that security around flashpoints, such as Uvwie, Sapele, Ughelli, Udu, Warri, Isoko and Asaba environs had been beefed up to ensure a peaceful exercise.

Some military operatives were seen on patrol at various locations in the state, while policemen were sighted conducting stop-and-search operations, particularly in areas considered as troubled areas during elections.

The police public relations officer in the state, Mr. Andrew Aniamaka, told journalists on Friday that some of the policemen were brought in from neighbouring commands, stressing that they were fully prepared to provide security during and after the exercise.

He also warned troublemakers and political thugs to stay away from the election, which would hold in all the 25 local government areas of the state.

He added that each polling unit would be manned by at least four policemen, while urging all stakeholders in the exercise to adhere to the rules of the game. About 15 political parties are participating in the exercise.