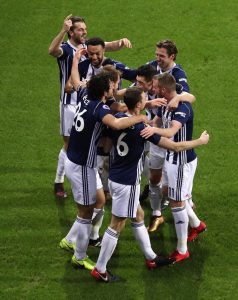 West Brom surprised Liverpool at Anfield on Saturday night to progress to the next phase of the FA Cup.

The Reds started quite well as Roberto Firmino gave them a 5th-minute lead but West Brom pulled level instantly as Jay Rodriguez scored the equalizer in the 7th minute and he added another goal four minutes later.

An own goal by Joel Matip literally ended Liverpool’s hope, and even though Mohammed Salah pulled one back, it was not enough to deny West Brom passage to the next phase of the FA Cup.