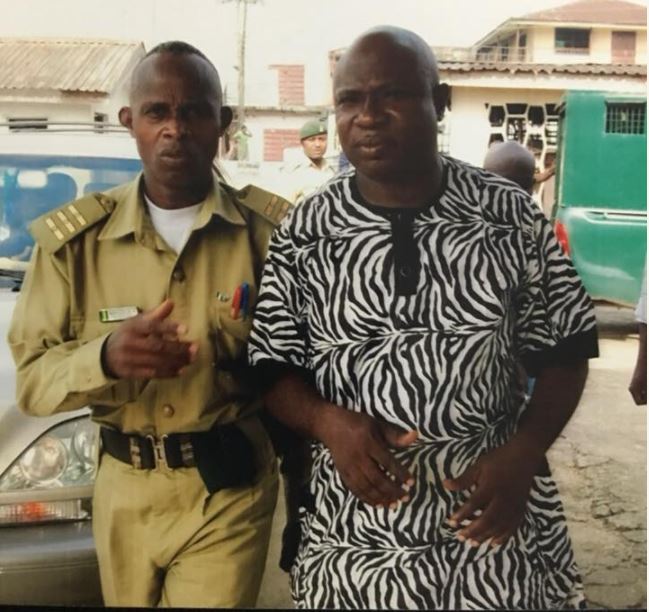 Sir Tonye Okio, a critic of former President Goodluck Jonathan and Governor Henry Dickson of Bayelsa State, on Sunday, January 21 (yesterday) celebrated 4 years anniversary of being released from prison after his arrest.

Mr. Okio was arrested on Saturday April 28, 2013 by officials of the Special Investigation Bureau (SIB) of the Nigeria Police and summarily taken to Yenagoa, where he was detained in solitary confinement over his comments deemed critical of poor governance, corruption, and the hubris and excesses of government officials.

He was also very active on the Ijaw Nation Forum (a forum for Ijaw worldwide) where he championed the plight of the downtrodden and vigorously condemned the searing poverty and underdevelopment of the Niger Delta.

“TODAY IS THE 4TH ANNIVERSARY OF MY RELEASE FROM PRISON.

I WAS ARRESTED AND CHARGED FOR SEDITION BY THE JUNTA OF GOODLUCK JONATHAN AND SERIAKE DICKSON.

I GOT INTO TROUBLE WITH THE JUNTA FOR MY SUPPORT FOR CHIEF TIMIPRE SYLVA, PRESIDENT BUHARI, CONTINUOUS CRITICISM OF THE JUNTA’S REFUSAL TO DEVELOP THE NIGER DELTA AND ITS MONUMENTAL LOOTING OF THE NATION AND STATE TREASURY.

TODAY, I FEEL HAPPY WITH NO REGRETS.

I HAVE BEEN VINDICATED.

TO ALL THOSE WHO STOOD BY ME DURING THOSE TRYING MOMENTS, I SAY, THANK YOU AND GOD BLESS YOU.