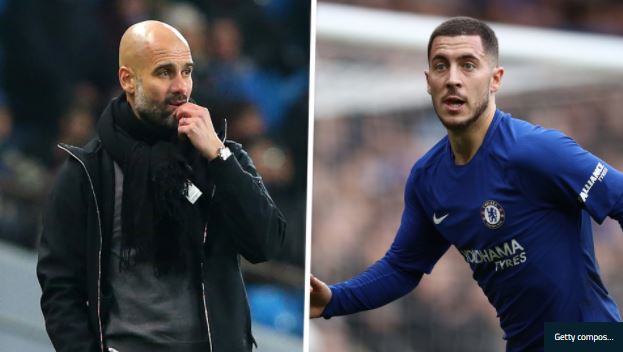 “Even City,” Pep Guardiola insisted on Friday when pushed on transfer spending. “There are salaries we cannot pay, and there are transfer [fees] we cannot pay.

“We cannot pay that right now. They [the board] told me.”

Those comments have raised eyebrows but presumably the Manchester City coach was explaining that his club have not paid big fees for individual players because they have needed to spread their money around to strengthen several areas of the squad.

Technically, it is a case of “will not” rather than “cannot”. City, of course, have as big a budget as any. If they had wanted to, they could have triggered Neymar’s Barcelona buy-out clause in the summer and paid him the wages he is now earning in Paris. They didn’t, of course, because while they would have had one of the world’s best forwards, they wouldn’t have had any full-backs.

Now, though, Goal understands that City are interested in Eden Hazard. It is not yet known how confident the club are of persuading Chelsea to let their star man move to a direct rival, or if the Belgian himself will spurn Real Madrid’s advances.

There is plenty of time for that to sort itself out, and the main concern for now will be how City expect to sign such an expensive player given what Guardiola said just three days ago.