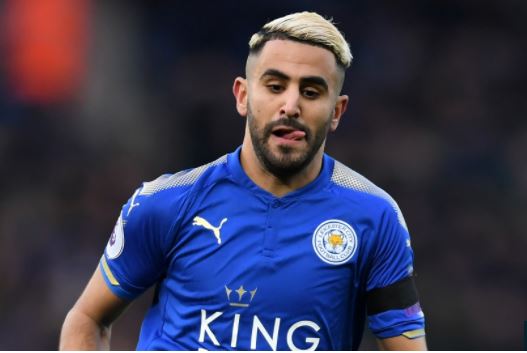 Mahrez’s name was first reported by a British national newspaper on Tuesday lunchtime and Goal can confirm that City are working hard to strike a shock deal for the Algerian.

City insiders believe that any possible move will be extremely difficult to conclude, but feel that their chances would be boosted significantly if Mahrez forces the issue and demands that Leicester sell him.

Mahrez has been determined to join a top European club for some time and it is understood that he will soon hold talks with his current employers to make the case that they should let him join City this month.

Sources close to the player have told Goal that a £60m bid was lodged on Tuesday.  Goal reported during the weekend that City officials have been working on a third potential signing, possibly a forward, at the same time as negotiating deals for Aymeric Laporte and Shakhtar Donetsk midfielder Fred.

Those City officials were keeping the third option’s identity close to their chests and, as of the end of last week, they were unsure whether there would be enough time to conclude the deal.

But following Leroy Sane’s injury at Cardiff on Sunday, one which will keep him out for six or seven weeks, the Premier League leaders have stepped up their pursuit.

Pep Guardiola insisted during his Tuesday press conference that there was a “95% or 99% chance” that City would do no further business this window, but sources have indicated that he is hopeful of overcoming the odds and bringing in Mahrez – but only if the forward pushes for it.

Since City’s interest in the 26-year-old was revealed by The Sun, Goal has learned that he had been one of a number of targets that City had been monitoring with a view to a summer move, if they could not sign him this month.

Goal also understands that City are keeping their eye on Eden Hazard’s situation at Chelsea, although they realise that they would have to fight with Real Madrid to seal his signature, and that is if the Londoners would even sell their star man to a direct rival. It is believed that there are at least two other names on City’s wishlist for the position.

But the league leaders still hope to do business this month after ramping up their transfer plans around 10 days ago, having missed out on Alexis Sanchez to Manchester United.

The Blues are determined to be more decisive in the market, and have also decided that they do not want to be too active during the summer window, which ends before the 2018-19 season kicks off, and which will be disrupted by the World Cup.

Share
Facebook
Twitter
WhatsApp
Previous articleCheckout The Top 10 Deepest Oceans And Seas In The World (Photos)
Next articleI Could Have Been Killed – Nigerian Singer, Dice Ailes Tells How He Was Almost Kidnapped At Gun-Point
- Advertisement -