Rarely would you have people opening up on the details of their life, especially when it is full of vices that society frowns upon.

But that is not the case of Elorm the Zionist, a young beautiful Ghanaian lady who could be between her late 20s and early 30s.

Elorm The Zionist appeared on the ‘Late Afternoon Show’ hosted by Berla Mundi as a guest on Monday to share her story and this was monitored by YEN.com.gh.

She was on the show with Mr. Patrick Amegashie, an officer with the Ghana Narcotic Control Board and others guests.
The topic for discussion was ‘Abuse and Addiction’ to hard drugs and alcohol.
Taking her turn to speak, Elorm the Zionist disclosed that she had long been a drug and s*x addict before getting married to an older man in England, where she moved to in her early twenties. 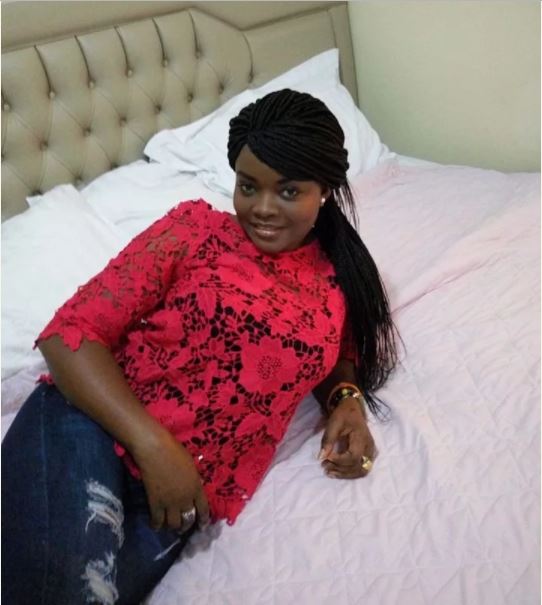 She was smoking cannabis, marijuana, and was so much ‘in love’ with cocaine that not even marriage could stop her, Elorm revealed.

According to her, her s*x addiction got even worse after marriage and because her husband could not satisfy her s*xual needs, she had to look elsewhere for s*xual gratification.

Consequently, she was always roaming the streets of England just to get a man to sleep with, Elorm revealed.

Continuing her narration, Elorm said it got to a time she was tired of roaming the streets for ‘clients’, and so she invited the men home, who could call her on phone and come to her home at anytime.

All this while, she had stopped going to work in order to have more time for her addiction while paying no attention to her husband and according him little respect, Elorm revealed.

Therefore, her husband got fed up one day and threatened to end their marriage. Now she was faced with deportation.  According to Elorm, she realized that she was deeply drowning in her addiction and needed help.

So she wrote letters to the Ghana Embassy in England requesting for help out of her woes but it was all in vain. Elorm later found her way back to Ghana again and was living with her father.
Finding herself back home couldn’t help salvage her addiction situation, in fact, it rather increased and she was doing her usual thing right under her father’s nose without him noticing.
But one day after taking in a heavy dose of hard drugs, Elorm said she started hearing voices and that really scared her into thinking that she would go mad if she doesn’t turn a new leaf.
Therefore she started praying to God and gradually distancing herself from the many drugs she had at her disposal.
Soon, she started seeing a change because this time, her drug intake and s*xual demand were reducing with each passing day.

The improvement was good and so she started praying fervently to God to help her overcome her drug, s*x and alcoholism issues.

Elorm the Zionist is now grateful to God for helping her to successfully overcome this habit which had become part of her life for a longer period of time.

She added that she looked to God, words from the Bible and also self-discipline to overcome addiction.
Elorm is currently on a mission to help others with similar stories to recover.