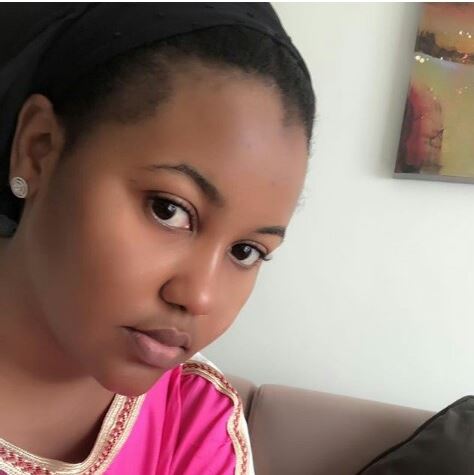 Hadiza Aliyu also known as Hadiza Gabon is a name familiar to many who are fans of Kannywood movies, the Kannywood actress is an exceptional star as she fluently speaks English and French languages.
Born in Libreville, Republic of Gabon, on the 1st June 1989, is a Nigerian professional Hausa actress and filmmaker. Hadiza Aliyu is the daughter of Malam Aliyu who is an elder statesman. On her father’s side, Hadiza is of Gabonese descent, and on her mother’s side, she is of Fulani ancestry from Adamawa State, Nigeria. She is regarded as one of the most popular actress considered by many in Kannywood and a good role model as she appears to be highly cultured and well dressed. Hadiza serves as an ambassador for MTN Nigeria and
Indomie and has won the Best Actress Jury Award at the 2nd Kannywood Award Supported by MTN Nigeria. She presently serves as founder of HAG Foundation.
Hadiza Aliyu attended primary and secondary schools in her birth country where she wrote her A-Level examination with an aspiration to become a lawyer and later chose Law as her favourite degree course. She started her university year as a student, but had to drop out of school due to some issues that trailed her studies. Her education was halted then and that gave her the opportunity to attend a diploma programme in French Language and later became a French-language teacher in a private school.