It appears Nollywood actress Mercy Aigbe and her estranged husband Lanre Gentry are still friends despite their differences. 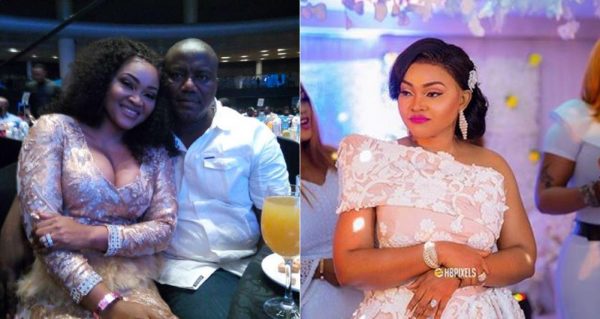 We cannot all forget in a hurry the case of domestic violence involving Nollywood actress, Mercy Aigbe and her husband, Lanre Gentry.

However in an interview with Punch, Lanre Gentry who is an hotelier has said he and his wife are “not fighting.” This is despite Mercy Aigbe changing her name on social media, to let go of her husband’s name and campaigning against domestic violence following their 2017 altercation.

Though it is yet to be ascertained if the two are back together, Lanre Gentry has said him and Mercy Aigbe “talk every day.”

It would be recalled that Lanre  Gentry had even on Mercy Aigbe’s birthday wished her a good one on his Instagram, writing:

Gentry, in his interview with Punch, said the “fighting” he referenced in his birthday wishes was “normal lovers’ quarrel.”

He explained that the reason he was absent at her birthday party was he had traveled to Dubai.

He said that although he was not in the country, he sent her gifts and a birthday cake. He said:

Mercy and I are not fighting. We talk every day. I know that in the birthday wish I sent to her via Instagram, I wrote that we are still fighting but what I actually meant was not a real fight but the normal lovers’ quarrel. I am a very peaceful person and I don’t like fighting, most times, I compare myself to water which has no enemy.

The main reason I was not at her birthday party was that I was not in Nigeria on that day. I travelled to Dubai and I returned on Wednesday. Despite the fact that I was not in the country, I bought her a birthday cake and other gifts I would not want to mention because it is an issue between husband and wife.

Mercy follows me on Instagram, so, I was surprised that the news went round that she is following me again. If she had ‘unfollowed’ me before, there was no way I would have noticed because I have a lot of followers on Instagram.