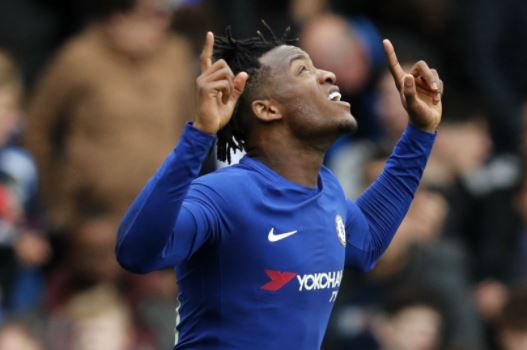 Chelsea and Borussia Dortmund have reached an agreement that will see Michy Batshuayi join the Bundesliga side on loan for the rest of the season, Goal understands.

The 24-year-old striker had been in contention to make Chelsea’s squad for their Premier League clash with Bournemouth on transfer deadline day, despite continuous links to a January transfer.

Instead, he will head to Germany instead after Dortmund agreed to pay a €1.5 million fee to land the Belgium international as a replacement for Pierre-Emerick Aubameyang, who is now expected to finalise a move to Arsenal, as Arsene Wenger already admitted it looks a done deal.

To complete a triangle of transfers between the three sides, Chelsea could be set to land Olivier Giroud from the Gunners to replace Batshuayi and offer backup to Alvaro Morata, having already agreed an £18m fee for the France striker.

Dortmund have no option to take Batshuayi on a permanent deal at the end of his six months, however, as he remains contracted to Chelsea until June 2021.

Sevilla had tried to sign Batshuayi earlier in the transfer window but have settled for Everton’s Sandro Ramirez instead. Tottenham also enquired about Batshuayi but he rejected the move to Chelsea’s rivals as he wanted to be first choice upon moving to a new club.

The 24-year-old has featured 25 times for Antonio Conte’s men this season, scoring 10 times.

The former Marseille star featured for a full 90 minutes in the Premier League clash with Brighton before playing a key role in their recent FA Cup win over Newcastle United, scoring twice as they ran out 3-0 victors.