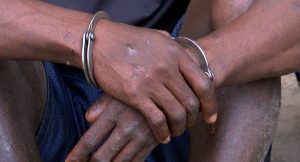 The Police in Jigawa have arrested a 25-year-old woman who reportedly dumped her newborn baby girl in Guri Local Government Area of the state.

The Command’s Public Relations Officer, SP Abdu Jinjiri, in Dutse on Monday, said that the suspect allegedly dumped the baby on Jan. 18 near a football pitch.

“The incident was reported to the police by some footballers two days after the suspect dumped the baby near a football pitch.

“The players noticed the odour of the decomposing baby near their football pitch and reported same to the police.

“And the Police on Jan. 20, traced and arrested the married woman who abandoned the newborn baby girl,” Jinjiri said.

He explained that the suspect, who was a divorcee and a resident of Abunabo village, allegedly abandoned the baby after giving birth four months after her new marriage.

The spokesman added that the suspect was already pregnant when they married her to a 50-year-old man.

According to him, the suspect confessed that she was impregnated by one Umar Lili, aged 25 of Musari village in the same local government area.

Jinjiri said investigation into the case was ongoing after which the suspect would be charged to court.