Home News Feed Muslim Group Submits Memorandum To House Of Reps Over Hijab Saga
Facebook
Twitter
WhatsApp
The Muslim rights concern group has submitted a memorandum to the Federal house of Representatives concerning the treatment meted out to a Muslim student, Firdaus Amasa. 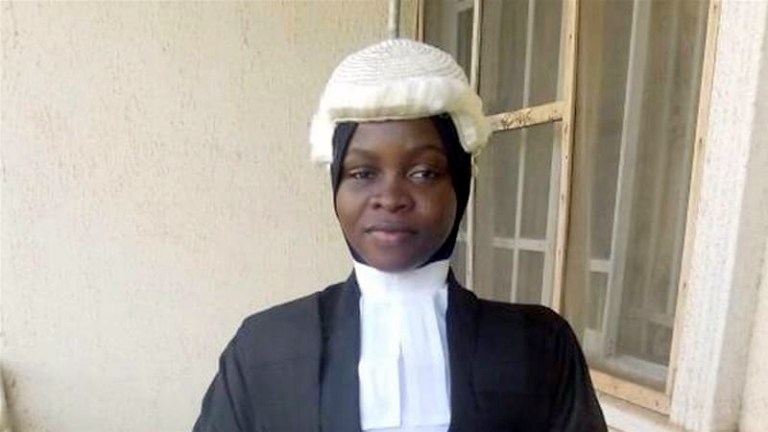 A Muslim group, Muslim Rights Concern (MURIC) has submitted its memorandum to the committee on Judiciary and Justice of the House of Representatives charged with responsibility to investigate the circumstances that surrounded the denial of a University of Ilorin Law graduate, Miss Firdaus Amasa from being called to bar.
Amasa made headlines late last year after she refused to remove her hijab in order to be called to bar.
Below is a statement from MURIC, signed by its leader, Prof. Ishaq Akintola;
The Committee on Judiciary and Justice of the House of Representatives was mandated on Wednesday 20th December, 2017 to investigate the circumstances surrounding Law School hijabgate. A law graduate of the University of Ilorin, AbdulSalaam Firdaus Amasa, was barred from ‘call to bar’ by the Nigerian Law School. The committee was given two weeks for the assignment.
The Muslim Rights Concern (MURIC) has since dispatched its memorandum to the committee.
In summary, MURIC’s memorandum which was addressed to the Chairman of the House Committee on Judiciary and Justice and entitled “Memorandum in Respect of Call to Bar Case in the School of Law”, affirmed the mandatory nature of hijab for Muslim women in the Qur’an and restated the provisions of the Nigerian constitution on freedom of religion and respect for the dignity of the human person. The memorandum also revealed previous court decisions in favour of hijab including a Court of Appeal pronouncement confirming the right of Muslim women to use hijab.
MURIC appealed to the House of Representatives to “stand up for justice in this matter of infringement of Allah-given fundamental right of a lady who, having satisfied all righteousness in the Faculty of Law, University of Ilorin, is being denied her right to practice the law profession on account of her being a Muslim”.
The memorandum also stated that the Law School Hijabgate has brought to the fore the myriad of persecutions faced by Muslim women because of hijab in various sectors. It adds, “In the process, thousands of Muslims have been denied international passports, driving licences and national identity cards while millions have been disenfranchised during elections. It is a case of mass profiling of Muslims.”
It added, “We therefore appeal to the House of Representatives as the voice of the voiceless and the bulwark against oppression and persecution, to take the bull by the horn by criminalizing the obstruction, denial and stigmatisation of female Muslim women in hijab while carrying out their civic responsibilities like obtaining international passport, driving licence, voters’ registration card, etc.
MURIC concluded by seeking the following reliefs:
1. Immediate ‘call to bar’ for AbdulSalaam Firdaus Amasa;
2. A judicial inquiry into the circumstances surrounding the molestation of Muslim students who were forced to remove their hijab on that fateful day;
3. Identification and adequate disciplinary measure (or measures) in respect of the Law School female lecturer who stepped on the hijab of Firdaus and debased it by using her feet to rub it on the floor and “kicked it around”;
4. a review of the code of dressing in the Nigerian Law School as it affects the ‘manifestation’ of religious beliefs and
5. a review of the dress code in all professions where uniforms are used such that female Muslims in such professions can use suitable hijab along with the uniform.