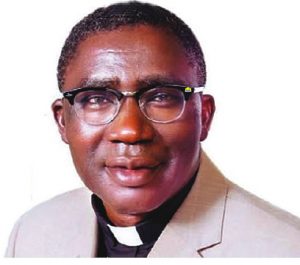 The Jama’atu Nasril Islam has been accused by the Christian Association of Nigeria (CAN) of endorsing the killings by herdsmen across the country.

CAN General Secretary, Revd. Musa Asake, said this in reaction to JNI’s allegation that Christian leaders were promoting violence in Nigeria.

The JNI, headed by the Sultan of Sokoto, Saad Abubakar, had earlier in a statement by its secretary, Khalid Aliyu, accused Christian leaders of fanning the embers of discord among Nigerians.

But Asake in a statement in Abuja berated Aliyu for ignoring CAN’s position on the ongoing killings in some states of the federation.

He said, “Instead of facing reality and admitting its ungodly complicity with the Fulani terrorists, the JNI leadership at its press conference held in Kaduna on January 21, 2018, embarked on character assassination, acrimony, vulgar abuse in its futile attempt to justify its ungodly, unpatriotic and wicked support for the murderous Fulani herdsmen who are also enjoying the complicity of the security agencies, whose headships are occupied by the JNI’s cronies at the expense of the unity and progress of our dear country.”

The CAN scribe stated that the rampaging herdsmen were enjoying tacit encouragement from the JNI leadership, “the way and manner they did for the Boko Haram terrorists when they began thinking they were spreading Islam in the country.”

The Christian body observed that at no time did the JNI publicly condemn the criminal activities of the Fulani herdsmen since they began killing innocent Nigerians.

It added, “It is an open secret that the criminal activities of their boys have gone to the extreme because of the tacit encouragement they are getting from the leadership of the JNI.”