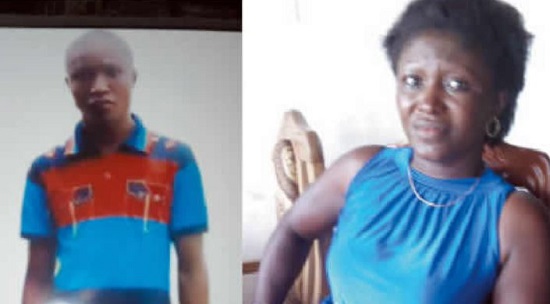 Thirty-eight-year-old Wuche Ajuru, is always depressed each time she remembers how her 23-year-old son, who was arrested by the police on September 28, 2016, “for being in possession of N49,000”, suddenly disappeared from Rumuji police cell in Emohua, Rivers State.

Mrs. Ajuru, an indigene of Ndele community in Emohua LGA, was in tears as she spoke with Saturday PUNCH.

She explained that she was initially optimistic that her innocent son, Happiness Ajuru, would be released when a member of the community, she identified as Okechukwu Eleonu, collected the sum of N60,000 from her, which was paid on her behalf for her son’s bail.

Eleonu is the same man who reported her son to the police before his arrest.

Disclosing that the sum of N5,000 had earlier been paid to the police through Eleonu to fuel their (police) vehicle, the woman, who described herself as a poor farmer, added that Eleonu told her that the N60,000 bail money would be handed over to the then Divisional Police Officer of Rumuji Police Station, whose name could not be ascertained.

It was gathered that the said DPO had since been transferred to Edo State allegedly because of the disappearance of the young Ajuru from the Rumuji police cell. The woman has on her own visited many prisons in Rivers and Bayelsa states to look for his son but they were to no avail.

Unfortunately, the police have offered her no explanation on what happened to her son.

She further said that the Investigating Police Officer, simply identified as Akpante, was at a point arrested and detained for two weeks in connection with her missing son, while the matter was transferred to Zone 6, Calabar in Cross River State. The woman stated that she became more frightened when she saw William, one of the policemen at Rumuji Police Station wearing the pair of slippers her son wore the day he was arrested.

“My son’s name is Happiness Ajuru and he was arrested at Ogbakri Junction. He had the sum of N49,000 and also his mobile phone with him when he was arrested. Mr. Okechukwu Eleonu, sometime ago, reported my son to the police. My son told me that Eleonu was indebted to him to the tune of N200,000. One of my husband’s brothers, Mr. Ohaka, who is a policeman, came with me to know why my son was arrested and he later learnt that my son was innocent.

“I was even involved in a road accident while searching for my son. The IPO in charge of my son’s matter, Mr. Akpante, was arrested and detained on the orders of the commissioner of police in the state for two weeks when my son could not be found. The matter was later moved to Zone 6, Calabar.

“I am a farmer; I borrowed the N60,000 I gave to Okechukwu Eleonu for the release of my son. Okechukwu Eleonu is not a policeman, but he is close to the then DPO of Rumuji Police Station in Emohua.  My son is innocent, my son is not a cult member, but I paid N60,000 to bail somebody, who the police had already confirmed innocent. I don’t know that in this country, if a person is mistakenly arrested, money will be paid to bail him. My problem is not the N60,000 that I paid to bail my son; I am crying every day because the police cannot even tell me where my son is till now.

“I was 15 years old when I gave birth to Happiness. I feel seriously sad that I cannot see my son after I spoke with him at that police station. Another policeman known as William (also attached to Rumuji Police Station) boasted when I met him that they would kill me the way they killed my son. Surprisingly, it is this same William that was wearing my son’s slippers, which I bought for him sometime ago. My son was wearing those slippers when he was arrested by the police,” Mrs.Ajuru recalled.

She, however, called on the Inspector General of Police, Mr. Ibrahim Idris, to prevail on the Rumuji Police Station to tell the world what happened to her son. According to her, “I want the Inspector General of Police to look into this matter. If they have killed my son, let them release his corpse to me or show me where they buried him. The government must consider my plight and look into this matter.”

Also, a petition to the Rivers State Police Command, signed by Mrs. Ajuru’s lawyers. read in part, “On September 30, 2016, one Mr. Okechukwu Eleonu of Ndele met our client and asked her to give him N5,000 to replace the fuel the police used to and fro in the process of arresting our client’s son. Therefore, Mr. Okechukwu Eleonu told our client again that the DPO sent him (Eleonu) to collect the sum of N60,000 as the bail sum to release our client’s son.

“In order to evade and avoid the situation, Mr. Okechukwu Eleonu’s wife sent messages twice to our client’s family, claiming that our client had kidnapped Mr. Eleonu. In fact, it was this period that the DPO was skeptical if our client’s petition was not a form of cover-up of the allegation of kidnap of the said Eleonu.  The next day, Mr. Okechukwu Eleonu was seen in their village. He would come into the village every night and leaves in the morning.

“The DPO was informed of this situation, yet the DPO did nothing to arrest Mr. Eleonu. Our client’s son has not been seen up till date and the Rumuji division is not taking any step to arrest Mr. Eleonu, irrespective of our client’s petition dated December 1, 2016. We herein urge your good offices to intervene in this strange arrest, detention, disappearance of Mr. Happiness Ajuru.”

The petition to the atate police command was signed by Agi Ubojiekere Esq. of U. Agi Destiny and Co. (Chiweikpe Chambers).

When contacted by phone, Eleonu said even though he was given the sum of N60,000 to bail Mr. Happiness Ajuru, he could not accomplish the mission because the police at Rumuji Police Station told him that the 23-year-old man was not with them.

“The matter is before the IGP. They actually gave me the money to bail their son. But on getting to the police station, I was told that he was not with them (Rumuji Police Station). I wanted to return the money to her, but she (Mrs.WucheAjuru) rejected the money,” Eleonu added.

But efforts made to reach the Rivers State Police Public Relations Officer, Mr. Nnamdi Omoni, to speak on the matter was unsuccessful as several calls to his mobile phone were not answered.

However, the Police Public Relations Officer of Zone 6 in Calabar, Mr. Abeng Oyom, told our correspondent that he was not aware of the matter, but promised to call Nnamdi Omoni to furnish him with an update on the case.