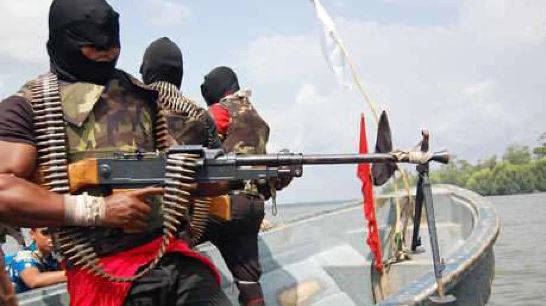 Niger Delta militants have condemned the massacre of innocent Nigerians by Fulani herdsmen in Benue, Taraba and Southern Kaduna, while condemning the Federal Government’s refusal to act decisively on the matter.

According to a report by DailyPost, the group said the massacre at the mentioned places was a wake-up call to all Nigerians to stand up and speak the truth like former President, Chief Olusegun Obasanjo.

The agitators under the auspices of 21st Century Youth of Niger Delta in a statement by the spokesperson, W O I Izon Ebi, said: “First is what is still holding the resumption of academic activities at the Nigerian Maritime University, NMU, Okerenkoko, Warrior South West Local Government Area,Delta State?”

“Secondly, why has the International Oil Companies, IOCs, refused to comply with the Federal Government directive to relocate their operational headquarters to the Niger Delta region; what is holding the construction and take off of modular refineries in the Niger Delta;

“Our government is trying to justify and legalise the atrocities and genocide committed by these Fulani herdsmen with cattle colony.

“It is, however, lamentable that our government, which swore to an oath to protect the lives and properties of all Nigerians does not hold the lives of its citizens sacrosanct in this 21st century.

“The avoidable massacre and silence of the Federal Government over what took place in Benue, Taraba and Southern Kaduna is a wakeup call to all Nigerians to stand up and speak the truth like our former President, Chief Olusegun Obasanjo.

“We plead with all Niger Deltans to stop being used by our oppressors because of political relevance and appetite for material pleasure to thwart the real collective determination of the Niger Delta people. Not at this time that our lives and dignity are being threatened by Islamic mercenaries masquerading themselves as Fulani herdsmen with impunity.

“The 21st Century Youths of the Niger Delta and agitators with a conscience applaud the conveners of the South-South summit for restructuring of Nigeria and the stance taken by the South-South.

“We also commend our father and leader, Pa E.K. Clark for his appeal and expression of the Niger Delta people on how they feel. We commend him for his tireless effort and sacrifice even at his age; he still displays patriotism and love for Nigeria and champion justice for his people, the Niger Deltan.

“As it stands, nothing is working in the Niger Delta; rather the people are impoverished and their existence and dignity is being threatened by Islamic mercenaries masquerading themselves as Fulani herdsmen. These issues need urgent answers.”

“No Niger Delta leader or person from this region that truly shares the pains of the people will subject him/herself to the antics of our oppressors; not now that our existence and dignity as a people is being threatened by Islamic mercenaries masquerading themselves as Fulani herdsmen.”

“We urge all our fighters and the white sharks to be on red alert and maintain their positions for further instructions from the highest command of the Niger Delta struggle, the Niger Delta Avengers NDA.

“We thank the Niger Deltans for adding their voices and advice on how they feel. We assure them that we are up to the task, which is why we have chosen this path with our lives to stand up and fight for equity and justice. We cannot afford to bequeath slavery and suffering to our children.”