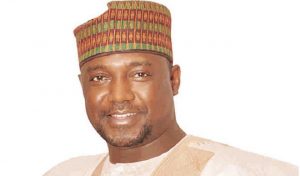 The Healthcare Development Agency in Niger State, has confirmed that about  1.4 million children under the age of five will be up for immunisation against measles from February 8 to 26 across the state.

Mohammad Usman, the agency’s Social Mobilising Officer, made the disclosure on Thursday at a sensitisation workshop for media practitioners ahead of the exercise in Minna.

Mr. Usman said that the exercise would be in two phases.

He said that the agency had reached out to religious and traditional leaders to ensure the success of the programme.

The social mobilising officer called on the media to educate parents on the need to allow their children to participate in the exercise.

He added that the immunisation would take place in all the primary healthcare centres across the state.

“We have concluded arrangements to ensure that no mother trek more than one kilometre to get her child immunised,” he said.