Information Nigeriahttp://www.informationnigeria.org
Information Nigeria is Nigeria's No.1 Information Portal.
Zambian authorities have arrested a Nigerian pastor for allegedly trafficking 26.29 kilograms of ephedrine, a medication and stimulant drug, a spokesperson said on Thursday. 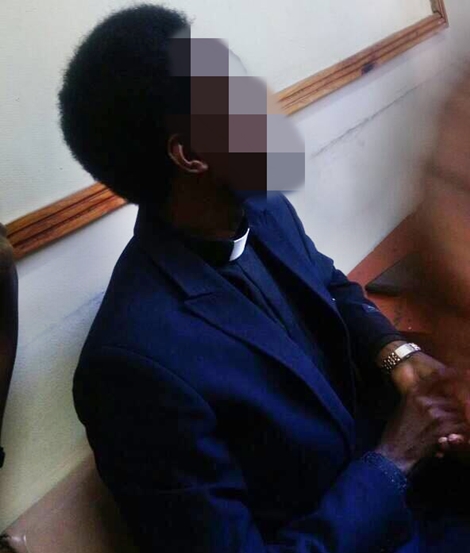 A 42-year-old Nigerian pastor identified as Isaac Amata, has been arrested by security operatives in Zambia, for allegedly trafficking 26.29 kilogram of ephedrine, a medication and stimulant drug.

A spokesperson of the Zambian Drug Enforcement Commission, Theresa Katongo, said on Thursday that the cleric who is known for having predicted that President Edgar Lungu will win Zambia’s 2016 general election, was arrested by anti-drug officers on Wednesday upon arrival at the Kenneth Kaunda International Airport in Lusaka, the country’s capital.

She said the Nigerian pastor was arrested upon arrival at the airport from Nigeria aboard a South African Airways plane, adding that the suspect is currently in police custody and will appear in court soon.

Here’s how Zambian Watchdog who shared the cleric’s photo, reported the story online;

“But on Wednesday Prophet Isaac Amata was arrested with psychotropic substances Ephederine(drugs) in his bag.

“The Drug Enforcement Commission(DEC) busted the man of God and detained him.

“Ephedrine is used as an active agent to manufacture other drugs

“This has made ephedrine a highly sought-after chemical precursor in the illicit manufacture of methamphetamine.”