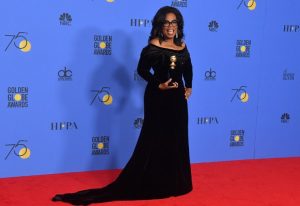 Oprah Winfrey is been “intrigued” by the possibility of running for the U.S. presidency in 2020.

Winfrey confidante Gayle King, however said on Tuesday after Winfrey’s speech at a Hollywood awards show thrust her name into the political arena that she was not considering it now.

Mr. King said on “CBS This Morning” that the 63-year-old celebrity’s past position that she was not interested in running for president remained unchanged.

“I do think she’s intrigued by the idea, I do think that,” Mr. King said.

“I also know that after years of watching ‘The Oprah (Winfrey) Show’ you always have the right to change your mind. I don’t think at this point she’s actually considering it.”

Social media lit up about a presidential run after Winfrey’s speech at the Golden Globes awards show on Sunday night promoting the “Time’s Up” movement against sexual harassment and assault.

CNN, citing two of her close friends, reported on Monday that the television and movie producer and actress was actively thinking about making a White House bid.

Republican President Donald Trump would gladly face Winfrey – one of the United States’ wealthiest women and long associated with Democratic politics and fundraising – as in the 2020 presidential race, a White House spokesman said on Monday.