Pastor cries out after some Muslims attacked his church, raped girls during cross-over service this morning 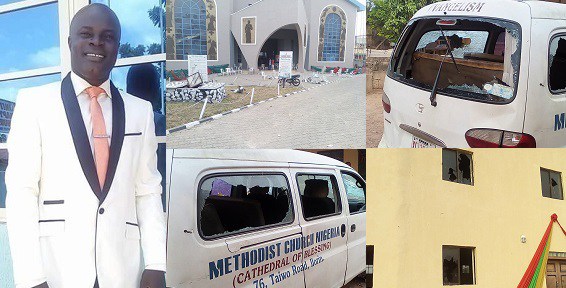 A pastor has claimed on social media that some Muslim men attacked his church as well as others during the cross-over service this morning.

Details are quite sketchy right now.. But the pastor identified as Ibitoye Reuben Idowu listed about 4 churches that were victims of the attack.

He shared pictures taken this morning from the scene of the attack and wrote; “Muslims attacked our churches during cross over this morning, many are injured, church auditoriums, and cars were destroyed, while many innocent girls were raped. The churches include : St Joseph Catholic Cathedral, Methodist Cathedral, CAC, and UMCA Hausa Churches.”