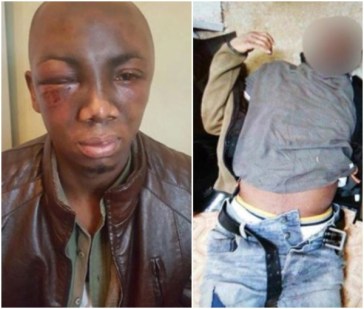 Etinosa reportedly killed a fellow Nigerian over money in Russia

Luck has ran out on a Nigerian man identified as Etinosa from Edo State after he was arrested for allegedly killing a fellow Nigerian in Russia.

The sad incident reportedly happened in the morning of yesterday during a fight over money in Moscow.

Etinosa reportedly engaged the deceased in a fight, over his refusal to pay him for the cannabis he sold to him. Though Etinosa initially fled after killing the deceased said to be from Imo State, he was later apprehended and taken into custody.