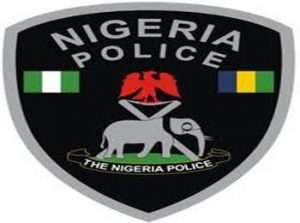 The Kaduna State Police Command said it had arrested 38 suspects, involved in kidnapping, armed robbery and street gangs from Oct. 20, 2017 to January 25, 2018.

The State Commissioner of police, Austin Iwar, made the disclosure while briefing journalists in Kaduna on Wednesday.

He said of the 38 suspects, 21 were arrested in connection with kidnapping and armed robbery, while 17 were nabbed in connection to street gangs, popularly known as “Sara Sucks’.

He said that items recovered within the period under review include: 41 arms and ammunition and three vehicles, adding that the command also dislodged three armed robbery syndicate.

Mr. Iwar said that the most significant of these successes was the arrest of a notorious armed robbery syndicate operating along the Zaria -Kano expressway.

“Some of the suspects who were involved in kidnapping for ransom and operating in Lere and pambegua axis of Kubau and Zaria Local Government Areas were also arrested,“he said.

The commissioner said that the street gangs were arrested in Rigasa, Tudun Wada, Kawo and Unguwar Rimi, all in Kaduna metropolis.

He said that the suspects who are in police custody are giving useful information which are aiding investigation, after which they will be charged to court for prosecution.

“We want to reassure members of the public that the command will not relent in its effort in fighting all forms of crime and criminality in the state.” he said.

He called on all citizens of the state to be part of effort, adding that the command would not fold its arms and allow miscreants to continue operate in the state.